According to the US Attorneys office in NY, Geoffrey S. Berman, the United States Attorney for the Southern District of New York, and William F. Sweeney Jr., Assistant Director-in-Charge of the New York Office of the Federal Bureau of Investigation (“FBI”), announced the arrest today of MICHAEL AVENATTI on federal extortion and interstate threat charges.  As alleged, AVENATTI, an attorney, attempted to extract more than $20 million in payments from a publicly traded company by threatening to use his ability to garner publicity to inflict substantial financial and reputational harm on the company if his demands were not met.  AVENATTI was simultaneously arrested on separate charges brought by the U.S. Attorney’s Office for the Central District of California.  AVENATTI will be presented today in Manhattan federal court before U.S. Magistrate Judge Katharine H. Parker.

Manhattan U.S. Attorney Geoffrey S. Berman said:  “As alleged, Avenatti used illegal and extortionate threats for the purpose of obtaining millions of dollars in payments from a public company.  Calling this anticipated payout a retainer or a settlement doesn’t change what it was – a shakedown.  When lawyers use their law licenses as weapons, as a guise to extort payments for themselves, they are no longer acting as attorneys.  They are acting as criminals, and they will held responsible for their conduct.”
FBI Assistant Director in Charge William F. Sweeney Jr. said:  “As alleged, Michael Avenatti approached Nike last week with a list of financial demands in exchange for covering up allegations of misconduct on behalf of the company.  The lofty price tag included a $1.5 million payoff for Avenatti’s client and upwards of tens of millions of dollars for the legal services of his firm – services Nike never requested. This is nothing more than a straightforward case of extortion.  In the event anyone needs to be reminded, this type of behavior is illegal and it will not be tolerated – especially when committed by a lawyer who is supposed to use his license to practice law, not to willfully violate it.”
According to the allegations in the Complaint unsealed today[1]:
Background to the Extortion Scheme
In a scheme that unfolded in less than a week, AVENATTI and a co-conspirator not named as a defendant in the Complaint (“CC-1”) used threats of economic and reputational harm to extort NIKE, Inc. (“Nike”), a multinational corporation engaged in, among other things, the marketing and sale of athletic apparel, footwear, and equipment.  Specifically, AVENATTI threatened to hold a press conference on the eve of Nike’s quarterly earnings call and the start of the annual National Collegiate Athletic Association (“NCAA”) men’s basketball tournament at which he would announce allegations of misconduct by employees of Nike.  AVENATTI stated that he would refrain from holding the press conference and harming Nike only if Nike made a payment of $1.5 million to a client of AVENATTI’s in possession of information damaging to Nike (“Client-1), and further agreed to “retain” AVENATTI and CC-1 to conduct an “internal investigation” – an investigation that Nike did not request – for which AVENATTI and CC-1 demanded to be paid, at a minimum, between $15 and $25 million.  Alternatively, and in lieu of such a retainer agreement, AVENATTI and CC-1 demanded a total payment of $22.5 million from Nike to resolve any claims Client-1 might have and additionally to buy AVENATTI’s silence.
The March 19 Meeting With Avenatti
As alleged, AVENATTI first met with representatives of Nike last Tuesday, March 19, 2019, in New York, New York.  At that meeting, AVENATTI claimed to represent a coach of an amateur youth travel basketball team sponsored by Nike, i.e., Client-1.  AVENATTI claimed the team coached by Client-1 had recently lost its sponsorship with Nike, one worth approximately $72,000 a year, and that his client had information that Nike employees had been engaged in illicit payments to the families of high school student athletes.  AVENATTI further stated that he planned to hold a press conference the next day announcing allegations of misconduct at Nike, and made clear that he had approached Nike now because he knew that the annual NCAA tournament – an event of significance to Nike and its brand – was about to begin, and further because he was aware that Nike’s quarterly earnings call was scheduled for March 21, 2019, thus maximizing the potential financial and reputational damage his press conference could cause to Nike.
AVENATTI further stated that he would refrain from holding that press conference and damaging Nike if Nike agreed to two demands: (1) Nike must pay $1.5 million to Client-1 as a settlement for any claims Client-1 might have regarding Nike’s decision not to renew its contract with the team coached by Client-1; and (2) Nike must hire AVENATTI and CC-1 to conduct an internal investigation of Nike, with a provision that if Nike hired another firm to conduct such an internal investigation, Nike would still be required to pay AVENATTI and CC-1 at least twice the fees of any other firm hired.  AVENATTI made clear that Nike would have to agree to accept those demands on a very short time frame.  Nike immediately contacted the United States Attorney’s Office for the Southern District of New York, which launched an investigation in conjunction with the FBI.

This sounds like a purim story, where everything reverses, 'mehupach", Avenatti tried to destroy Trump and now Avenatti takes a hit. The feds do their homework so Avenatti will have a tough time wriggling out of this mess. As per Mark Geragos, the unnamed co conspirator who was not charged, this means that he is cooperating with the feds and maybe threw the towel in first.

To see what Avenatti is facing , go here... 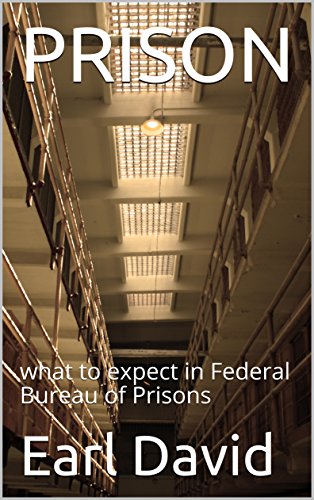 Posted by earl david at 8:37 PM No comments:


Ami Magazine reported in its aim issue, 410, that, 'dont wear costumes that might give adults
nightmares, like Obama masks.'

This newspaper does not reflect the opinions of the Jewish people. It was written by one racist idiot who should be reprimanded and censured.